Welkom bezoeker, u heeft
0
artikel(s) in uw winkelmandje
Welkom bezoeker - Winkelmandje
Home › FOUR POINTS 01 COMPASS SOUTH
Twitter Facebook
FOUR POINTS 01 COMPASS SOUTH
Now in softcover! New York City, 1860. When 12-year-old twins Alexander and Cleopatra's father disappears, they join the Black Hook Gang and are caught by the police pulling off a heist. They agree to reveal the identity of the gang in exchange for tickets to New Orleans. But once there, Alex is tricked into working on a ship that is heading for San Francisco via Cape Horn. Cleo stows away on a steamer to New Granada, where she hopes to catch a train to San Francisco to find her brother. Neither Alex nor Cleo realizes the real danger they are in - they are being followed by pirates who think they hold the key to treasure! 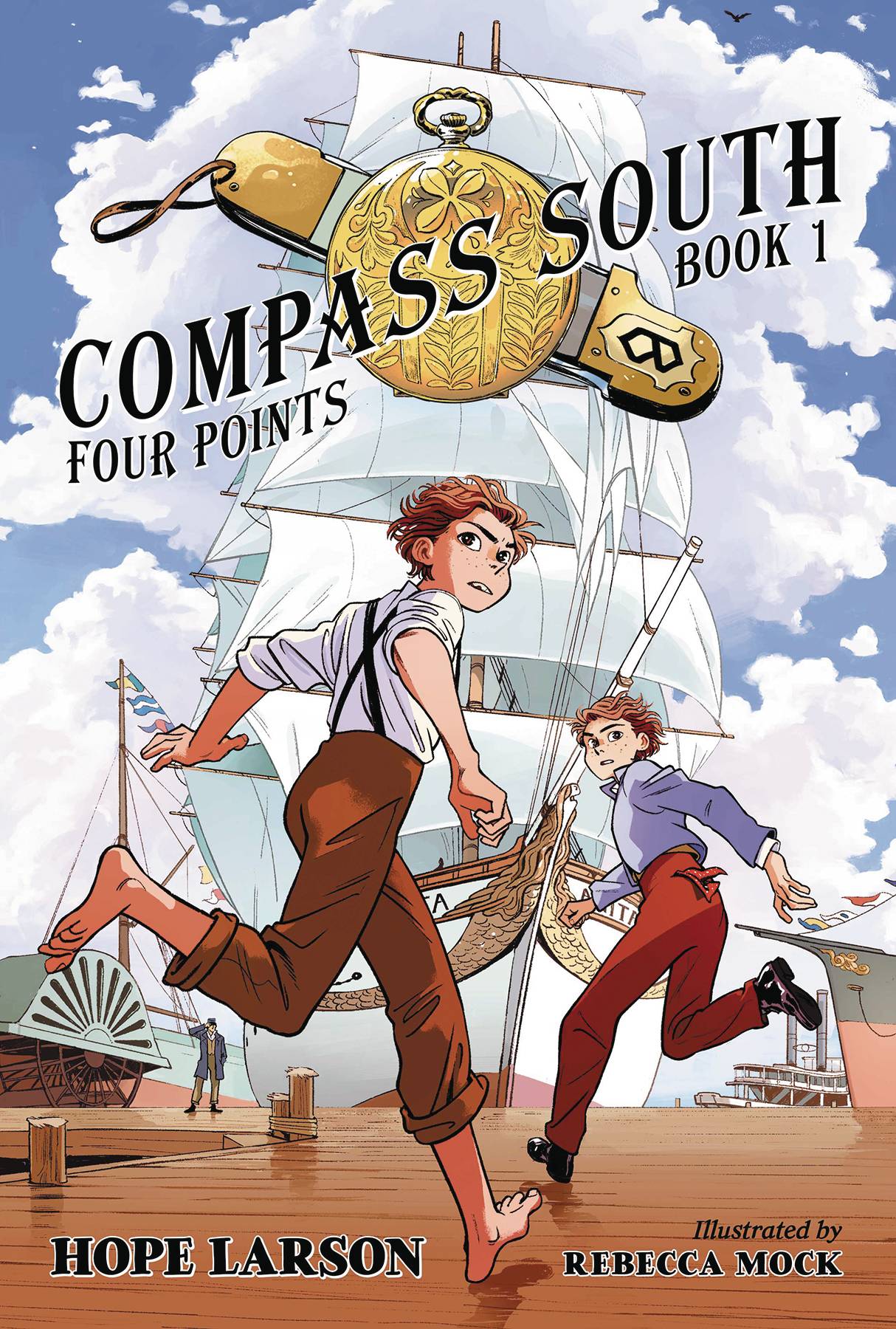 GEEKTASTIC STORIES FROM NERD HERD
WHO IS AC HC